What I’ve Learned About Being White 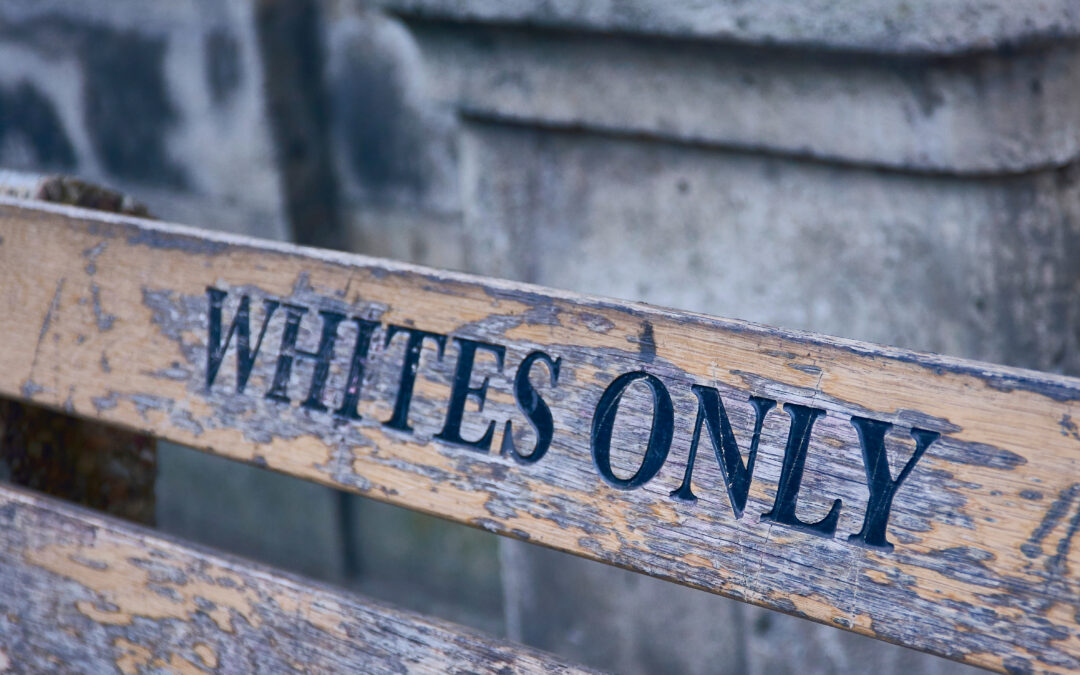 What I know about being white is an ongoing story. I offer some of my story’s defining moments accompanied by anecdotes that gave rise to a growing and incomplete awareness.

Racism is not just an individual act committed by someone else, somewhere else, that targets only certain people. Racism is everywhere.  In turn, we are all defined by it.

When I was much younger, I lacked words to name what I learned to be true.  It was the sixties.  She was my first love and I was hers.  As we grew closer, she shared realities of her life.

“There are only two neighborhoods in this town where my family can live.”

In the hope I could understand, she rubbed her right index finger along her brown left forearm.  “This is why.”

I did not reward her hope.  Unfortunately, I didn’t believe her.  As much as she tried to explain, I didn’t understand.

Instead, I proclaimed, “That doesn’t happen here, not in our hometown!”

I failed to grasp the truth of her words until a Black family tried to purchase a home in my all white neighborhood.  A train wreck in my mind occurred.  The world as I thought it to be ran head on into the world as it really was. She was right. I was so terribly wrong.

Secretly, we continued our relationship. It was safer that way.  And then my parents found out.  I could no longer see her. Eventually, she faced the same fate.  In the end, we went our separate ways.

I was never the same.  Neither was she.

It’s Not What You Know That Matters

It was the summer after my freshman year of college and I needed a job. I applied for a position at an airplane tire retreading factory in a nearby town. Much to my surprise, the company hired me on the spot for a quality control position that paid well over minimum wage.

When I showed up for work the next day the boss led me through a hot, loud, dirty facility to a place where Black and Brown men applied strips of heated rubber to very large, cumbersome visibly worn tires. My job was simple.   All day long, I inserted a gauge into the newly retreaded surface.  I determined if the new layer was thick enough.  If so, I stamped a card, placed the card inside the tire, rolled it to the next guy in line and repeated the process.

Almost immediately, I noticed hostility from the other workers.   Many of the men protested in Spanish when I returned a tire for a re-do.  During lunch, a very kind gentleman pulled me aside.  Graciously, he told me why.

“If you don’t mind me asking, how old are you?”

“How much are they paying you?” he asked.

When I told him, he shook his head from side to side. He pointed to himself and his fellow workers. “That’s about 30% more than what we get.  Do you notice anything about who does the hardest jobs and guess who gets paid the least?”

Clearly, I did, but was afraid to acknowledge the obvious.

“Right…look, I’m going to assume that you were not aware of the situation you walked into.  So, let me educate you.  We’ve worked here for years.  I try to get your job every time it opens up.  But guess what, I never even get a sniff.  Instead, they hire someone who looks like you who has no idea what’s happening.  I have a son your age.  I encouraged him to apply for your job but he’s not white, if you don’t mind me saying, and didn’t even get an interview.  That’s why everybody is pissed off at you.  And it’s not you as much as it’s what you represent.   And it’s about you making more than us.  Crazy, right?”

We finished lunch and returned to the floor.  I approved every tire.  Mercifully, the day finally ended.

Much to my parents’ chagrin, I quit the job right after I clocked out.  I tried to explain to them what I had learned.  Naively, I hoped they understood that I couldn’t live with the injustice I was perpetuating.  My parents simply shook their heads from side to side.  I felt stupid as hell for my misplaced hope.

They’re Good People Who Made A Mistake, They’re Not Racist

I played high school basketball on all white team. Each year, we played an away game at a predominately Black school.  Each year I was terrified.  I was afraid to lose and afraid of a violent encounter .

One fear always materialized, the other never did.

Each year, we lost by over 30 points to our opponent.  Notably, no violence ever occurred.

Much later in life, I coached a predominately Black high school women’s basketball team. Our district athletic director scheduled a non-league pre-season game for us in a predominately white small town well outside the city limits.

My team was very good, far better than our opponent.  Our opponents packed the gym. The fans were loud.  When our lead grew, the opposing fans and players grew more hostile.  Racial epithets rained down upon us. Hard fouls followed.

When the game finally I ended, I hustled my players to the bus.  A mob blocked our exit.  Adults spit on my team and me. I heard the ugliest words I ever heard shouted from a throng of enraged white faces. They rocked the bus and threw whatever objects they could find at us.  Even more, they dangerously sped after us in pickup trucks with gun racks loaded with rifles.  As a parting shot, they thrust their middle fingers our way and screamed more obscenities from contorted mouths.

I sat with each of my players, wiped spit from their hair and assured them the racists would not get away with their racism.

I reported the incident to our district athletic director, the man who scheduled the game. A couple of days later, he informed me that the district declined to take any action.   After all, the AD said, the ugly racists who threatened my players and denigrated them with spit and despicable language were “good people, upset  because we ran up the score.”

Incredulous, I responded with “So you’re saying their racism was our fault.”

He rambled on about no one being at fault until I yelled “bullshit” and hung up the phone.

On my way home from practice, I thought about my adolescent trepidation of travelling to play an all-Black team when I was in high school. My memory darted to the contorted faces of the white men in pickup trucks who recently chased us out of their town. The district athletic director’s words flashed across my mind as well.

The much better Black team won handily. The white crowd tried to harm us in any way they could and got away with it.

I was living in an upside-down world.

Whiteness is benefitting from an upside down world.  It means never having to be aware of those benefits.  Ultimately, the essence of whiteness is found in the Athletic Director’s denial of racism.  If we deny racism, we excuse racists as being “good people” much like Donald Trump did after the neo-Nazi violence of Charlottesville.

Ultimately, racism is rooted in fear.  Fundamentally, it is an unjust system dedicated to the maintenance of white privilege.

Fortunately, I straightened my upside down experience.   Every time I see a white person spit, I reinforce the painful truths I now understand.