The Image of Female Superheroes 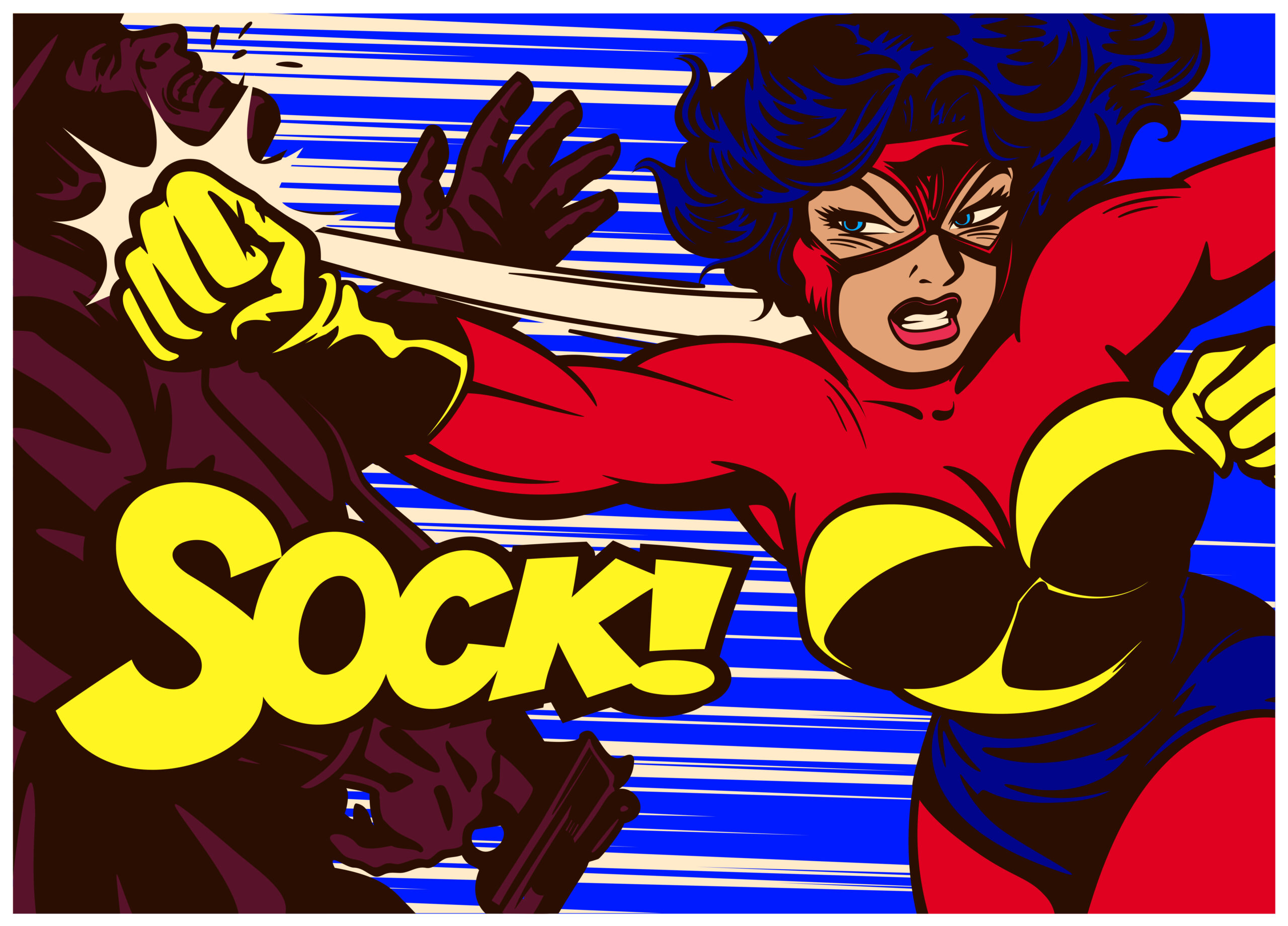 Women of the 21st Century walk in their own place of super heroism.  I’m not referring to the proliferation of female superhero characters we’ve seen of late.  Instead, I’m talking about everyday women and how we live our lives.  We manage family life while we pursue our own education and develop our own careers.  Whether our external looks show it or not, deep inside many of us know the truth.  We are sexy as fuck! That’s right, I said it.  You know what I mean.  Society feeds us a bunch of crap in regard to how strong women are displayed in the popular media.

As a Black woman who works hard to stay in good physical shape, I find it difficult to watch the way in which women superheroes are portrayed.  Women are supposed to be tough with super strength. Instead, they exhibit physical and intellectual characteristics that make them appear the opposite. Most, if not all, TV female superheroes are portrayed as fashion model.  They are thin with no hips, small boobs and otherwise insubstantial unattractive features.  Please understand, this is not a knock on those who do have a voluptuous body and are more substantial in appearance.  However, a slimmed down version of a female superhero toppling stronger rivals is a mystery.

Meanwhile, we all know that the typical male superhero is buff.  He has an imposing build and displays physical power that far exceeds their female counterparts. The message sent is a muscular woman is unattractive and won’t sell.  There’s no place for the chiseled female hero —  to borrow from the Commodores, the one with a “Brick House” figure.  But let me tell you what I know.  A very shapely female body with hips, ass, breasts and a serious muscular physique will knock viewers off of their feet.  Her anatomy and pronounced sensuality weakens any villain, enemy or archrival.  Throw super physical strength, heroic power and female essence into the mix and the result is an unbridled force for good.

I hope, let’s say I believe, a day and time comes when a different female superhero is reflected on the screen.  Her stature, appearance and power will match what we know in our hearts to be true. A female superhero should not have to look like she just walked off the fashion runway to find a place on the TV screen.  Instead, there should be room on the runway for buff women to strut their stuff. Maybe then, those who market femininity won’t find the comic book version of strong women to be so threatening, only the rival bad guys would.  After all, we know those bad bitches in the comics are not only tough but they are sexy as fuck. It’s long overdue that our sovereign, seductress female superheroes look and feel like the masses!
ALL posts