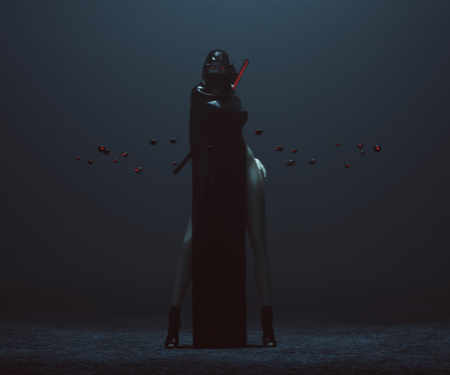 In part one of ‘Horror, Stereotypes, Misconceptions and Truth About Asian Women’, I highlighted the Comfort Women and Chanel Miller.  In part two, I’ll focus on some misconceptions and generational truths regarding sex.  I will share how modern-day Asian women proclaim and establish their full humanity.

”I had to do my own research, often from watching tv and film, which also set up impossible expectations of romance and love. It also complicated my view of my sexuality. Any time there would be an Asian character, they were often reduced to over-sexualized roles (sexy assassin, sexy dragon lady, sexy nail salon worker, hookers, etc.) or de-sexualized ones (doctors, engineers, and other nerds). Where’s a happy medium?? Also, as a muscular girl of above average height, I contend with the ingrained notion that Asian women have to be delicate and small to be beautiful.” – Dani

The Horror of Injustice

Historically, women’s fight for justice faced difficulty.  Men, from the beginning of time, were more dominant and powerful.  They were the warriors who hunt for food, fought for territory and sat in leadership positions.  Men created laws and rules that served their gender, race and personal agenda.  Women, on the other hand, were the weaker vessel.  They sat quietly on the sidelines, took care of the house, submitted to their king and birthed his children.

As a result, each generation of women in every culture must first take ownership for continuing stereotypical images. These stereotypes guide society to believe a specific thing about female identity.  Still, we have to understand that a way of thinking is constructed to limit a woman’s ability to stop injustice.

For example, up until the 1950’s many Chinese women continued to bind their feet as a sign of elegance, sensuality and beauty.  Young girls heard that the most desirable bride had a three-inch foot simulating a Lotus flower. This cultural practice reflected the desires of Han China’s upper class.  In the eyes of men, women’s thighs and pelvic muscles tightened.  As a result, men’s sexual experience would intensify.

With this belief system in place, poor families deformed the feet of their daughters at a young age.  Attracting future rich husbands was the goal.  The impact was generations of painfully crippled women.  During this time women did not have rights or legal protection.  So, they accepted this ‘norm’ to ensure a young girl’s marriage and care for her latter years.

Historically, film and television portrayed false depictions of Asian women.  In 1948, the Chinese government banned the movie, “Spring in a Small Town”, starring actress Wei Wei.  It was banned by the Chinese government for not having enough politics.  Instead, it depicted a young lady in a hopeless marriage living in a desolate town.

In addition, she vacillated between a husband she forced herself to fall in love with and a childhood boyfriend.  Forsaking her true love, she instead chose to serve the husband that for whom she had little to no love.  Wei Wei demonstrated the predicament of many women, denying their own personal happiness to satisfy customs.

In 1960, Hollywood introduced an exotic Asian fruit to the big screen named Suzy Wong.  Ms. Wong fulfilled the fantasies of white men and illustrated the stereotypical image of an Asian woman.   Moreover, she was a loose, free spirited, submissive woman with a spark of rebellion.  In order to maintain her sanity,  she made white women jealous of her independence.

The Truth About Asian Women

It’s time to move beyond the stereotypical roles of passive caretaker and sexualized vixen.  “We need a whole generation of Asian American women to be seen. They need better roles so they can flex their acting muscles and display the full range of their talent.”  Author Nancy Yuen states in the article: How television portrays Asian American women.

Typically, conversations surrounding sex, intimacy, relationships and dating were not table talk in most Asian homes. In the past, most Asians did not have sex before marriage.  After minimal interactions, becoming boyfriend and girlfriend actually began the dating process.   Only then could the couple get to know each and be alone.

Traditional Asians prided themselves on their marriages, families and children.  As a result, dating was more about compatibility, companionship, socioeconomic status, education and/or ethnicity.  A potential candidate’s introduction to the family determined one’s ability to continue dating based on the listed criteria.

Not Without a Fight

Still today, work remains and battles continue.  Emerging out of the past, Asian women push forward.   They are setting new ideals and principles in place for themselves.  Giving others the freedom to determine what’s right and wrong when it comes to love, relationships and sex is their goal.

They will no longer accept mistreatment without a fight.  Neither will they allow society to put them in a box only to be judged according to a certain stereotype.  Asian women better understand the power they have and the source of their beauty.  As we continue to progress in our thinking, we’ll learn to appreciate the true value and elegant nature of the Asian Woman.

In part three we’ll recognize and acknowledge trailblazers.  We’ll focus on those who are setting new trends when it comes to standing up for the Asian Woman’s entire being.

ALL posts
ALL posts