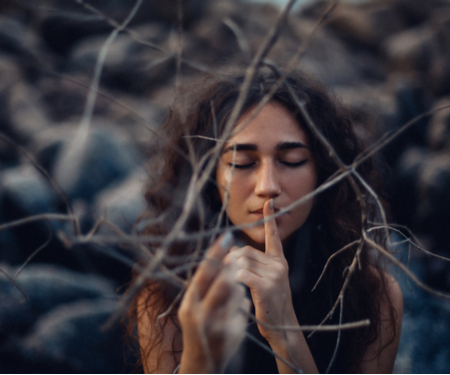 Put those Halloween costumes away for another year.  Once finished, take time to reflect upon some of what the holiday represents: sex, witches, and broomsticks.

Sex? How is Halloween representative of sex?

The answer to that question flies across the autumn sky like a witch on a broomstick.  It’s like discovering why magic potions contain frogs.  Or, it’s like understanding the power of spells cast by smitten souls.

Author Michael Pollan writes in ‘The Botany of Desire’ that the connection between sex, witches and broomsticks originated in “subversive botanical roots.”

“For most of their history, after all, gardens have been more concerned with the power of plants than with their beauty — with the power, that is, to change us in various ways, for good and for ill.”

Shamans exist within many cultures. Their spiritual knowledge is often rooted in medicinal plants that grow naturally in the environment. Many of those plants are hallucinogens.

For instance, native populations in Mexico and the southwestern region of the United States have used peyote for centuries. It is a common medicine, a spiritual sacrament and a hallucinogen. 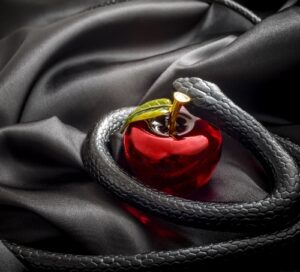 According to Michael Pollan, “In ancient times, people all over the world grew or gathered sacred plants (and fungi) with the power to inspire visions or conduct them on journeys to other worlds.”  Some cultures referred to the gatherers of natural medicines as ‘shamans.’ Others called them ‘witches’ or ‘sorcerers.’

“Witches and sorcerers cultivated plants with the power to ‘cast spells’ — in our vocabulary, ‘psychoactive’ plants.”

One more commonly used ingredient was the skin of a toad!  That’s right!  A popular ingredient was the rough, wart-like toad skin that secretes a bitter substance to defend itself from predators.  Why? The substance contains DMT, a powerful hallucinogenic substance known as the “spirit molecule.”

So where does sex fit into the picture along with witches and broomsticks?

References to “flying ointment” are found in a variety of European sources as far back as the 10th Century.  And, considerable evidence exists that many of the women involved were persecuted as witches.  For instance the following excerpts from various witch trials:

As documented in a previous FE blog, (https://findingerotica.com/2021/08/02/masturbation-is-normal/) throughout History, women were denied sexual pleasure within traditional relationships.  Not only were they denied pleasure, but male dominated societies also didn’t recognize that women were capable of orgasm.  Sex was about procreation and procreation was not about female satisfaction.

As one might expect, women desired sexual satisfaction. They had little choice but to find it outside of procreative marriage.

In Ancient Greece, women sought sexual gratification with potions.  The diagnosis for sex starved women was “hysteria”.  Hippocrates, the father of medicine in the Western world, offered a cure.

“The midwife shall anoint the head of the womb with a mixture of herbs and warm oil.  She will begin rubbing in a circular motion, first slowly, then with greater speed.  As the patient nears the cure, her body may stiffen, and she may cry and grimace in pain.  At once she may have convulsions of the lower trunk, and then sink to a calm, signifying the hysteria has been cured.”

Women Seeking Pleasure on Their Own Sex, Witches, and Broomsticks

Women faced a backlash when they produced, shared and applied such mixtures on their own.

Sexual gratification was not the only thing that women sought outside the limitations of male dominated social structures.

For instance, women in Colonial America, faced their own deadly persecution for daring to believe they could read and interpret the Bible on their own. Anne Hutchinson dared to assert that have personal relationships with God and, as a result, Massachusetts banished her.

The suggestion that women could find sexual pleasure and heavenly salvation outside of an all-powerful patriarchy was heresy. Their actions were intolerable, subversive and the devil’s work.  Banishment, burning or hanging were their fates.

Scientific research regarding the benefits of psychedelic drugs halted worldwide in 1971.  Thankfully, the work is now resuming.  Numerous clinical studies agree that supervised use of such drugs can help treat depression, PTSD, anxiety, OCD, while boosting creativity.

Not as much research exists in regards to the interaction between psychedelic drugs and sex.

Dr. Michelle Ross has studied the effects of drugs on the human brain for over 15 years.  She has a PhD in Neuroscience and was the Research Director with Decriminalize California.   She advocates for the decriminalization of psilocybin mushrooms, in particular, and finds that they can have a very positive impact upon sex.

“Mushrooms can intensify all the senses, including touch. That means an orgasm can feel better than ever before, a hug could feel orgasmic, a caress lasting forever.”

Therapist Dee Dee Goldberg notes that “the current research on psilocybin is so promising.”

Mushrooms can reduce or eliminate anxiety and increase openness.  “I believe mushrooms can assist with body image issues, sexual performance-related anxiety, and feelings of shame. Clients may experience a sense of entitlement to pleasure and experience an increased ability to be present with pleasure.”

They can also lead to a deeper connection between consenting partners, ignite moribund relationships and open new doors of intimate bonding.

Dr. Ross adds that “Mushrooms are actually as safe or even safer than cannabis when it comes down to overdose or addiction. No one has ever died from consuming mushrooms due to toxicity… however, some deaths due to suicide have occurred, similar to cannabis. Psilocybin has a therapeutic index of 641, making it safer than aspirin (199).

Witches and sorcerers pose a threat to a long-standing religious and political power structure, especially if they’re women.

Why did the U.S. shut down on-going scientific research regarding the positive impact of psychedelic drugs on human behavior? At the time, the Nixon administration saw it as a threat to their power. The president’s top legal counsel, John Ehrlichman, finally admitted as much in 2016.

“The Nixon campaign in 1968, and the Nixon White House after that, had two enemies: the antiwar left and black people. You understand what I’m saying? We knew we couldn’t make it illegal to be either against the war or black, but by getting the public to associate the hippies with marijuana and blacks with heroin, and then criminalizing both heavily, we could disrupt those communities.”

Licensed therapists can use mushrooms to treat patients suffering from depression, PTSD, alcoholism and a number of other serious ailments. Mushrooms are legal in some states without the stigma.

And, consenting adults in search of a boost to their love lives, can add mushrooms to their intimacy repertoire. Where it might make them feel like they’re flying in each other’s embrace, we won’t see them streaking across Halloween skies.

They also don’t have to skin any toads to do so.